n line with the strategic positioning to support investment into the county, the Meru county investment arm, the Meru Investment and Development Corporation(MCIDC) has signed a 10-year contract with Petroleum dealer, Fave Gas Oil MD James Mungai. The deal will see the petroleum dealer run the county-owned petrol station situated along Mwendantu road.

In the event to sign a contract between the two corporates, which was held on 25th Feb 2021 at the MCIDC Board Room, the MCIDC Managing Director Mr. Kenneth Ruteere said the petrol station which had been closed for about two years would start operations within a month and that it would start regenerating revenue to the Corporation. 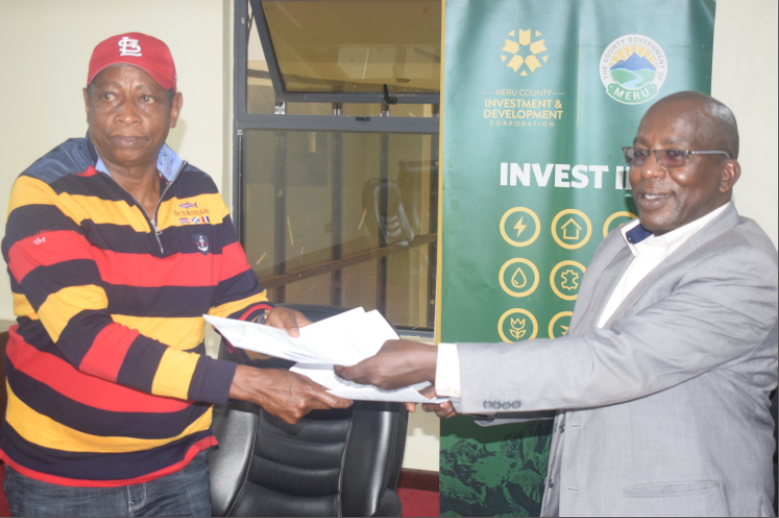